Health Inequalities in the UK 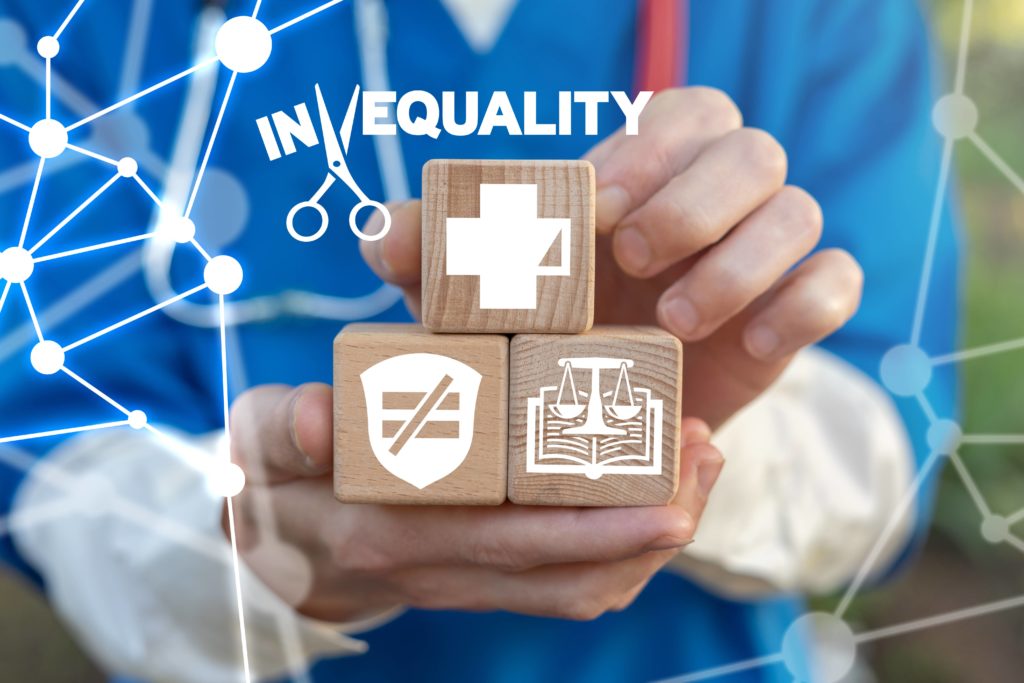 How well do we understand health inequalities? Do we really know who is at risk of inequality and how we as a society can level the playing field to be a fairer, more balanced system for all?

Despite the long waiting times and the fact that it is massively understaffed and underfunded, the UK’s National Health Service (NHS) is one of the best, without question.

2020 highlighted just how hard the brave healthcare workers employed by the NHS and private sector work every single day, and it also highlighted just how dependent on our NHS we are. Healthcare in this country is a privilege rather than a right, yet recent statistics have uncovered some pretty startling concerns.

But what exactly are health inequalities, who do they affect, and what can be done to rectify them in the future? All of that, and much more besides, will soon become clear.

What are health inequalities?

First and foremost, we’ll begin by taking a look at exactly what health inequalities are.

Basically, health inequalities are very avoidable, unfair differences in health across different areas and different groups within a society. As an example, affluent and prosperous areas often have far better health services than poorer areas.

Health inequalities can arise for numerous reasons. It may be down to conditions in which people are born, where they’re raised, where they work, or it could be down to their ethnicity. Needless to say, poor conditions can influence opportunities for optimal health, as well as how people think and how they act, particularly when it comes to self-help and care. All of these factors can influence our physical health, our mental health, and indeed, our attitude to health as a whole.

According to official government statistics, individuals residing in deprived areas experience particularly severe health inequalities. This means that they will not enjoy the same levels of healthcare as people in more affluent areas, nor will they have access to the same types of healthcare as those in more developed parts of the country. This alone highlights the importance of addressing these inequalities before it is too late.

If you want to read more about health inequalities visit The King’s Fund.

A few of the more common people and/or communities who are more likely to suffer from health inequalities in the UK include, but are not limited to, the following:

How can health inequalities be addressed?

The simple fact of the matter is that, because not everybody has access to high-quality healthcare, those who are affected by health inequality will suffer, and may even lose their lives. The good news is that this is being addressed, albeit at a much slower rate than should be.

The Health and Social Care Act 2012 was responsible for introducing the first legal duties regarding health inequalities. This act contained specific health and social care duties for health bodies here in the UK, including Public Health England, NHS England, Clinical Commissioning Groups, and the Department of Health which legally required these bodies to provide due regard in reducing health inequalities between residents of the UK.

There are also multiple tools in place, as well as apps and software designed to tackle health inequality, plus more awareness is being raised on the matter. The aims, amongst others, are to provide better housing and better employment opportunities to help break the cycle, and although the pace is leisurely at best, we do appear to be making progress.

Everyone has the right to live a healthy life, to access quality healthcare and to have at minimum equality all across the board. Having the conversation around health inequalities may be uncomfortable for some but is necessary for all. After all, people come first and putting people first means putting everyone on a level playing field.