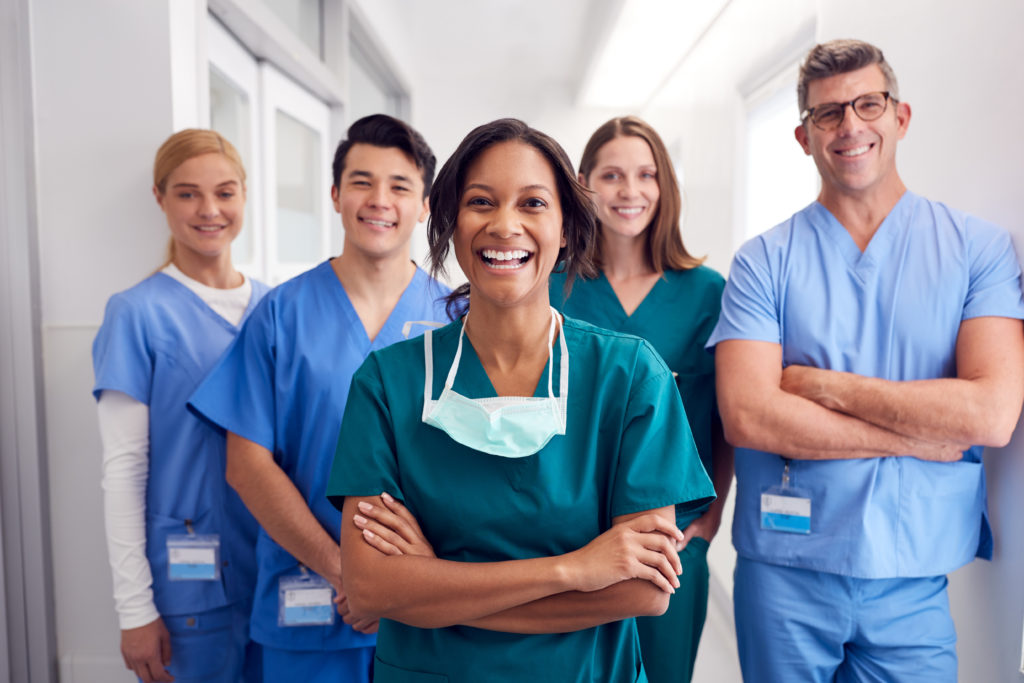 NHS Digital report has revealed a number of interesting facts about the NHS workforce. Below is the breakdown of NHS Doctors Nationalities.

74% of doctors in hospital and community health services (HCHS) are British. This is lower than other NHS staff categories.

12% (12,928) doctors report an Asian nationality, of which two-thirds are Indian or Pakistani.

10% (10,513) of doctors report an EU nationality other than British, with Irish people making up one-fifth of this number. 2,779 are from newer EU countries.

There are 2,931 doctors with an African nationality. The highest ‘Other’ nationality is Australian, with 314. 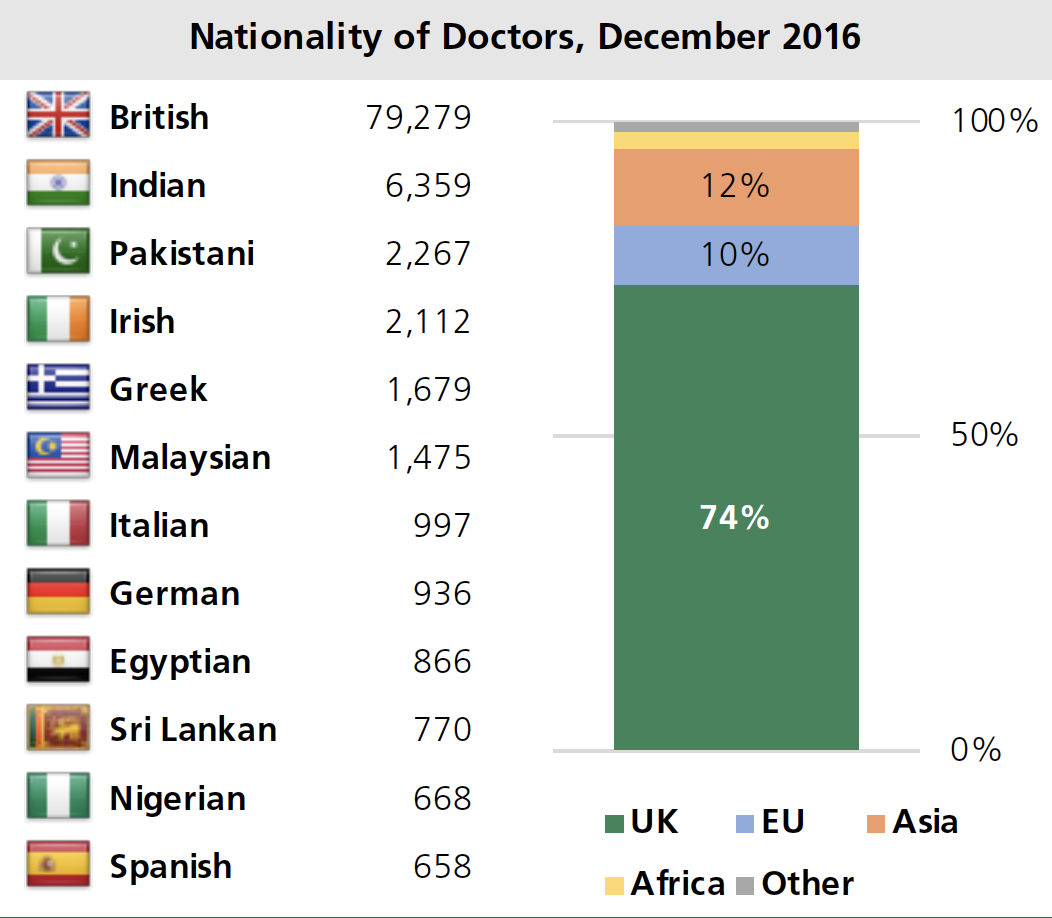 These figures vary by English region, as the chart below shows. However, the percentage of non-British doctors has the most uniform regional distribution of any staff category – i.e. there is relatively little difference between regions.

Unlike in other categories, London does not have an above-average percentage of non-UK doctors. In the South West, 83% of doctors are British. In the East of England, 67% are British. North Central & East London has the highest percentage of EU doctors, at 14.2%. Irish and Greek doctors together account for two-fifths of that region’s EU doctors. 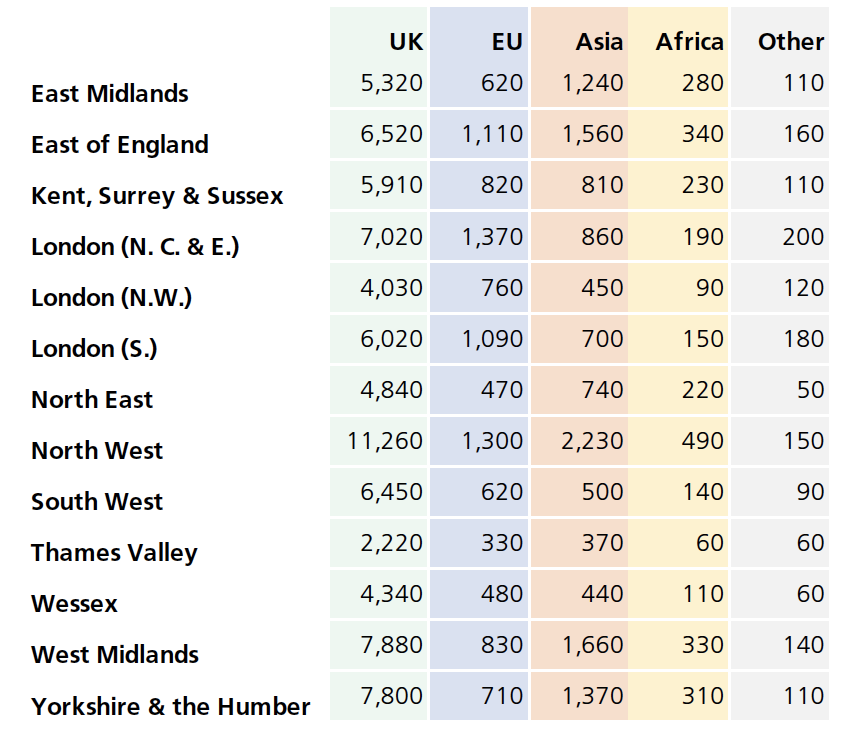