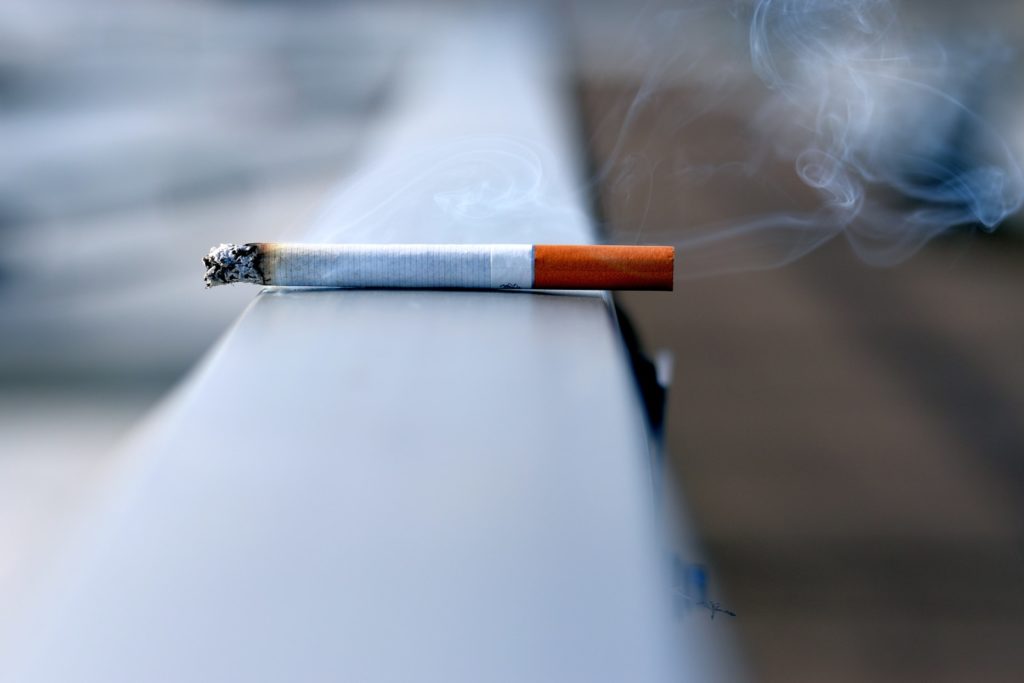 When it comes to your health, you probably don’t need anybody to tell you about the many dangers of smoking.

The dangers and risks associated with smoking are well documented, yet despite this, people all over the globe still smoke every day. But why is this? Well, to begin with, smoking is one of the most addictive habits in existence, making it very difficult to quit.

Cigarettes contain addictive substances such as nicotine, making the brain and body crave more. They can leave people feeling unwell, physically and mentally, if they fail to give their brains and bodies the additive compounds they require.

We understand that quitting smoking is incredibly difficult, which is why the tobacco industry is one of the most lucrative in existence, but we also know that quitting can be done, and it really should be done.

Just so there’s no confusion, and to emphasise the risks associated with smoking, here’s a look at six common health hazards of smoking.

This is probably the most widely recognised danger of smoking, so we won’t go into too much detail here because you’re no doubt well aware of the fact that smoking can increase your risk of lung cancer.

Cigarettes contain several harmful chemical ingredients and substances that can attack the body from within and lead to lung cancer formation.

Lung cancer may be the most common form of cancer caused by smoking, but it can also cause a wide range of other types of cancer too, including throat cancer, colon cancer, kidney cancer, bladder cancer, and many more.

Despite the breakthroughs in cancer treatments and an increase in cancer survival rates, make no mistake, cancer is still deadly, and smoking can therefore be considered potentially deadly as a result.

Another health risk associated with smoking is poor circulation.

Smoking can cause poor blood flow to the hands and feet, which means that they don’t get enough oxygen and can slowly begin to deteriorate and potentially die. When/if this occurs, the only option is amputation.

A lack of blood and oxygen to the extremities can also increase the risk of infection, which can lead to a risk of sepsis and other ailments, which could again be fatal.

To make matters worse, diabetic smokers will also find that they’re at an even higher risk of infection and limb loss than other people, which is yet another reason to quit.

Smoking can affect the airways and the lungs and cause a wide range of respiratory illnesses and ailments, making it very difficult to breathe properly.

Smoking can cause and exasperate asthma symptoms; it can lead to bronchitis, emphysema, a chesty cough, and other breathing complications as well.

Another way in which smoking can potentially be fatal is down to the fact that it increases a woman’s risk of suffering from an ectopic pregnancy.

An ectopic pregnancy is life-threatening and is caused by a fertilised egg implanting somewhere other than the uterus. Therefore, the egg cannot survive and develop, and it can lead to a wide range of complications that can potentially put the mother’s life in danger.

On the subject of pregnancy, smoking can also affect fertility in both men and women, meaning that smokers are twice as likely to be infertile than non-smokers.

Smoking stains the teeth and nails

Okay, this might not be a physical health risk, but mentally, it can lead to self-confidence issues and poor mental health.

Smoking contains chemicals that can stain the teeth and nails, and even the hands for that matter, making them turn a disgusting looking yellow-brown colour that is incredibly difficult to remove.

Smoking not only stains the teeth, but it can also cause them to rot, decay, and fall out because it can lead to gum disease.

Smoking is a leading cause of periodontitis, also known as gum disease, which is an infection of the gums that erodes away at the bone tissue in the jaw supporting the teeth. Eventually, this gets so severe that the teeth begin to decay and eventually fall out or need removing.

That’s just a sneak peek at the common health hazards associated with smoking – we are certain there are many many more. If you do smoke, seek help today – contact your occupational health department or GP and ask for support. Quitting is hard but well worth the effort and remember once a few days pass by, nicotine will be leaving your body and you will be getting closer and closer to being a non-smoker. The first few days are the most difficult so take it one day at a time, seek advice and support and think about how healthy you’ll be when you’re smoke-free!