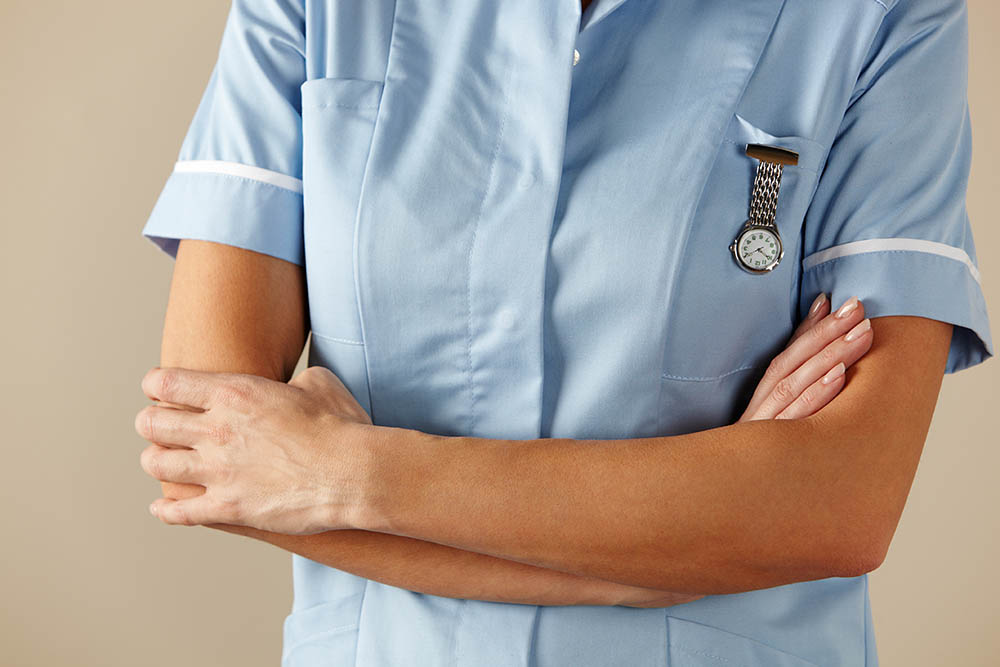 NHS Digital report has revealed a number of interesting facts about the NHS workforce. Below is the breakdown of NHS Nurses Nationalities.

84% of nurses & health visitors in hospital and community health services (HCHS) are British.

7% (22,081) of nurses report an EU nationality other than British. Of these, 58% are either Irish, Spanish or Portuguese.

There are 7,004 nurses with an African nationality.

The highest ‘Other’ nationality is Jamaican, with 469. 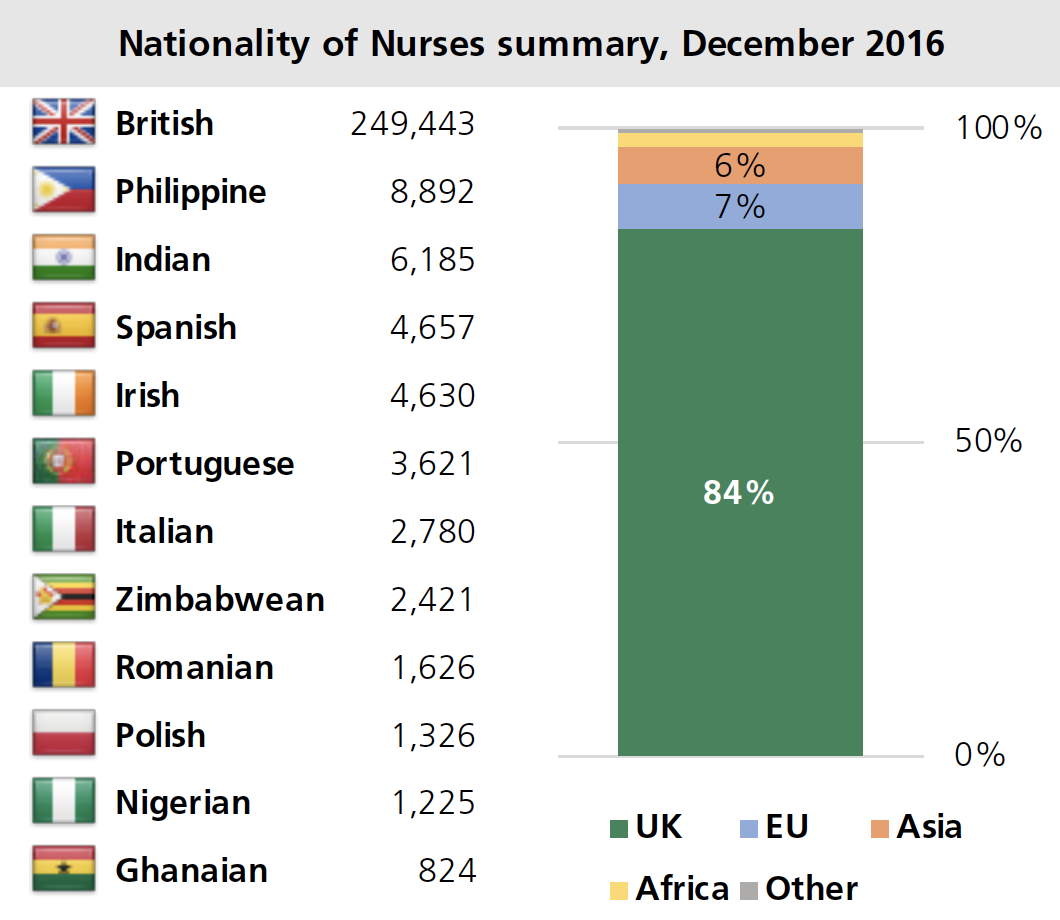 These figures vary more between regions than those for doctors, as the chart below shows. In the North East, British nurses make up 96% of the total. In North West London, this figure is 66%. 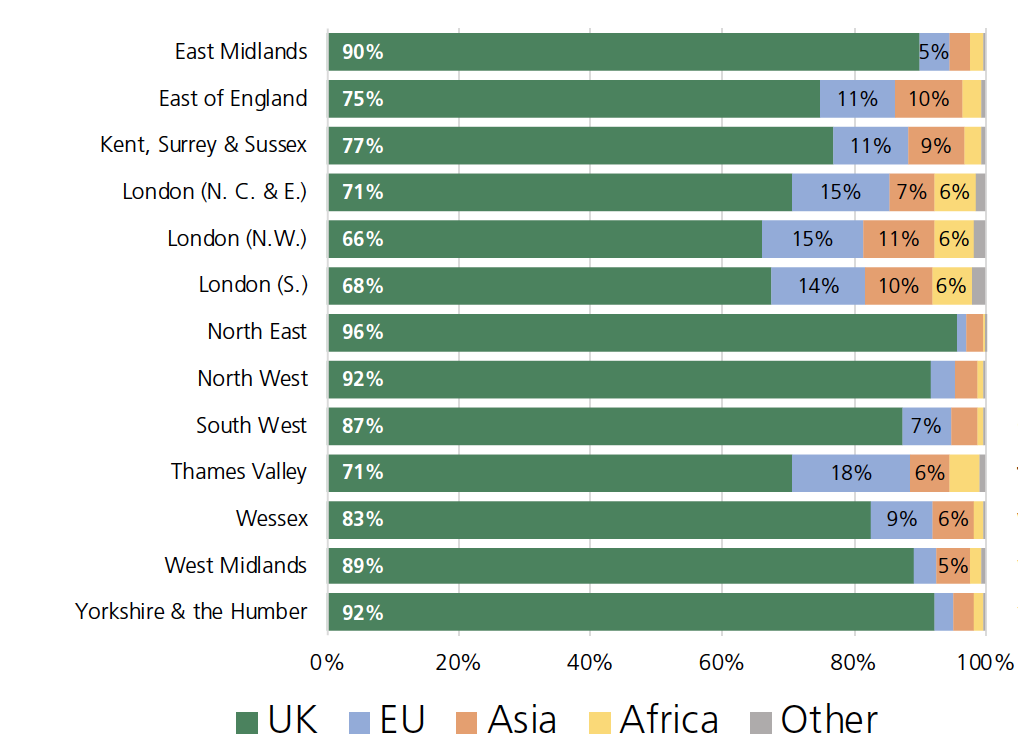 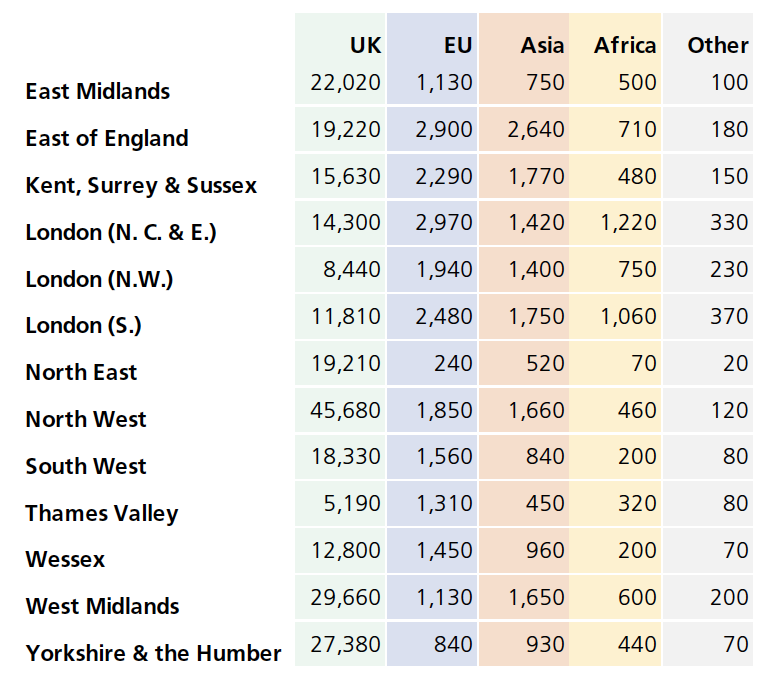